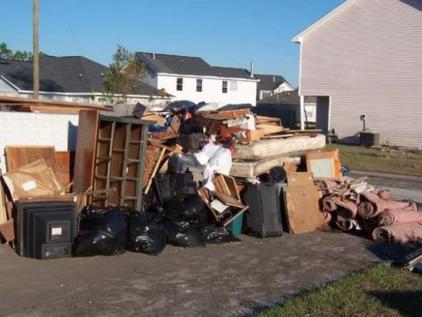 Have some furniture, appliances or just plain junk that is cramping your apartment, loft, home or office?  Need a professional to pick it up fast?

We are proud to be eco-friendly. We try to recycle or donate more than half of all the items we haul away. Not only do we make the process quick and painless for you, we also help local charities right here in the Las Vegas NV by donating your items directly to those in need. And we also make sure you get a tax-deductible receipt for all the items that are donated on your behalf!

From Las Vegas to Henderson to North Las Vegas, if you have unwanted furniture to donate, appliances to recycle or junk that is cramping your home or office, we can help.


Stop worrying about all that clutter right now! We are your friendly furniture and junk removal experts in Las Vegas NV. Don’t want to get stuck with a fine for leaving your unwanted items on the curb? Our junk loaders are trained to quickly and safely remove items form all kinds of spaces – including closet-sized Las Vegas NV apartments! You and your super can rest easy knowing that your items will be removed safely without any damage to hallways or lobbies. We work on your schedule and are ready when you are with same day and next day appointments available.

Not only do we make the process quick and painless for you, we also help local charities right here in the Las Vegas by donating your items directly to those in need. And we also make sure you get a tax-deductible receipt for all the items that are donated on your behalf!

Pay only for the space you use!

We do all the work

Service-Vegas  offers most professional level of service in the junk removal industry, and we guarantee to meet or beat any written estimate.

From garage cleanouts to mattress removal,trash removal to debris from a major construction site, Service-Vegas handles jobs of all sizes and shapes. When you choose Service-Vegas junk removal, you can expect friendly service from real professionals — it’s our goal to make your life easier with fast, dependable junk hauling services.

We do all the work...just point and it’s gone!

What Is Junk Removal

Junk removal is an on-demand service to have just about any kind of trash removed from your home or business. We haul large items like furniture and appliances, do full house cleanouts, offer light demolition in many markets, and pick up all kinds of trash and construction debris from real estate cleanouts. Pretty much everything and anything (except hazardous waste) can be handled by Service-Vegas.

You simply make an appointment. Our crew shows on time up in our Big Red trucks with the right equipment and PRESTO — you’re free of your junk!

We emphasize friendly customer service and a job well-done, every time. Our eco-friendly mission drives us to make sure your junk gets recycled or donated as much as possible. We are the only national company to operate our business with a local sorting facility with the goal of recycling 60% or more of every job!

With Service-Vegas, you can expect a simple process, the lowest rates, and the highest quality of service. Currently, we are ranked #1 in junk removal across the Las Vegas Nevada.

Our two man crew and big red truck will clear junk from anywhere on your property, give the area a thorough sweep-up, and then take it all away to be reused or recycled.

We take all types of non-hazardous junk and bulky waste, from furniture to mattresses to electrical appliances to garden refuse, DIY and builder's debris. For health and safety reasons, we cannot remove certain hazardous items (for example, asbestos and biological waste).

We charge based on the amount and type of junk we remove. Our prices are upfront and include all labor and disposal fees.

Book an appointment for one of our crews to visit your location. Tell them what you want hauled away and they will provide you an exact quote.

If you are happy with the price, we will remove your junk right away. If you don't like the price, no worries. This is a free, no-obligation estimate. After the job, we will collect payment and immediately email you a receipt for your records.

Our crews take the material we haul away to licensed recycling and disposal facilities. We recyle and reuse up to 60% of what we haul away.

How Much Does Junk Removal Service Cost In Las Vegas NV? Average Junk Removal Prices And Cost Of Junk Hauling In 2018-2019! Send Us A Message Now. Free Quote!

The Las Vegas Valley is a major metropolitan area located in the southern part of the U.S. state of Nevada. The largest urban agglomeration in the state, it is the heart of the Las Vegas–Paradise-Henderson, NV MSA. The Valley is largely defined by the Las Vegas Valley landform, a 600 sq mi (1,600 km2) basin area surrounded by mountains to the north, south, east and west of the metropolitan area. The Valley is home to the three largest incorporated cities in Nevada: Las Vegas, Henderson and North Las Vegas. Five unincorporated towns governed by the Clark County government are part of the Las Vegas Township and constitute the largest community in the state of Nevada.

The names Las Vegas and Vegas are interchangeably used to indicate the Valley, the Strip, and the city, and are used as a brand by the Las Vegas Convention and Visitors Authority to denominate the entire region. The Valley is affectionately known as the "ninth island" by Hawaii natives and Las Vegans alike, in part due to the large number of people originally from Hawaii who live in and travel to Las Vegas on a regular basis.

Since the 1990s the Las Vegas Valley has seen exponential growth, more than doubling its population of 741,459 in 1990 to more than 2 million estimated in 2015.[7] The Las Vegas Valley remains one of the fastest growing metropolitan areas in the United States, and in its relatively short history has established a diverse presence in international business, commerce, urban development and entertainment, as well as one of the most iconic and most visited tourist destinations in the world. In 2014, a record breaking 41 million visited the Las Vegas area, producing a gross metropolitan product of more than $100 billion.

Thank you for contacting us! If needed, you will hear back within 48-72 hours.

This is a 3rd party referral site all calls are serviced by independent contractors, read website policy.